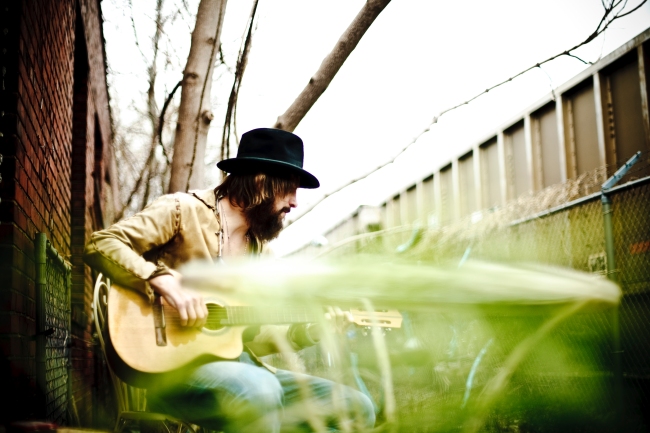 The ol’ Donkey will admit to being a complete smart ass from time to time. He met his match when interviewing Nashville roots rockers Kurt Marshcke and JD Mack of Deadstring Brothers.  To be fair, an email interview doesn’t offer up much room to wrangle with words, but we’re confident the Donkey would not have prevailed.

We’ll forgive the Deadstring Brothers for a little ribbing, only because the are purveyors of some dang fine, Americana music on their fifth Bloodshot release, Cannery Row.  Make sure you check ’em out on the road too. Tell them the Donkey says, “Howdy.”

Donkey Jaw: Since you’ve obviously figured it out, what’s the secret to creating classic rock without sounding derivative of bands like the Stones?

Deadstring Brothers: If I told you the secret it wouldn’t be a secret anymore!

There’s a lot of critical praise surrounding Cannery Row, especially in the ol’ blogosphere.  Does that kind of thing matter to you?

What is a blogosphere?

Speaking of Cannery Row, is the John Steinbeck reference intentional?

I live on Cannery Row in Nashville, so no.

A lot of the songs on this record get right into your guts.  It’s real and evokes all kinds of memories.  What’s one song that makes you feel that way each and every time you hear it (aside from your own)?

Sad Eyed Lady of the Lowlands by Dylan, which is a song that should do that for everybody.

Your current lineup is rock solid with a lot of accomplished players.  How’d that all take shape?

By living in Nashville for the last three years, I’ve met a lot of great players and friends and we showcased them on the new record.

Talk to me about your Detroit roots and the move to Nashville a few years ago.  Folks don’t usually think of country music of any kind coming out of Michigan. Is there a pocket of that kind of thing happening there? Or, is that just where you got your rock n’ soul vibe?

Basically in Detroit we took the rock n soul vibe and made it sound southern to put our own stamp on it. Back in 2003 when we started playing in Detroit there wasn’t much of a scene for country there, but over the years that changed and grew into something substantial.

You did some shows across the pond in Sweden recently. What was the reception over there?

The reception over there was overwhelming. For some the Scandanavian culture puts a high value on American culture and artists. It might have something to do with them having English taught to them at a young age.

How will you guys spend the summer?

In a van on the road. We began this tour at the end of January and we will not wrap this run until sometime around Christmas and maybe even longer. That includes all of Europe this fall and a return to Scandinavia in November.

What’s a band we should be listening to that we probably don’t know about just yet?

Shonna Tucker and Eye Candy, Ryan Browning, If Birds Could Fly, Nathan Kalish and the Wildfire.