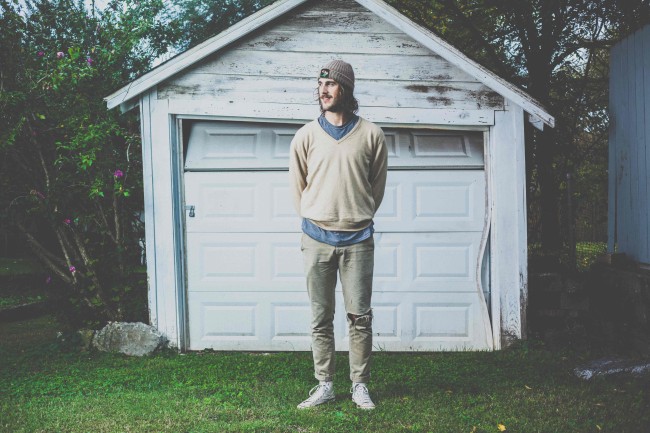 It’s an exciting day, folks.  We’re kicking off a week long Newport Folk Festival preview that will introduce you to some of the incredible artists playing this coming weekend at Fort Adams.

First up, Nashville singer-songwriter Rayland Baxter.  The man has a voice that’ll make your knees all wobbly and colorful stories from a life well-traveled that make for some killer songs. There’s also no denying he’s a rather handsome devil, too.

On August 20, the singer-songwriter will release ashkeLon, a five-song EP featuring three new tracks as well as alternative versions of the mtn song and driveway meLody, from the full-length debut, feathers & fishHooks (ATO). Inspired by time spent in Israel and other assorted life experience, this handful of songs boasts soulful vocals flanked by Baxter’s impressive guitar work.  The project was recorded in just one day, but never feels hurried or overly polished.  Rather, it finds the artist right at home amidst floor creaks and foot stomps.  Baxter recently shared a few details with The Donkey via email about Ashkelon, odd grammar habits, and his beloved classic car.

Donkey Jaw: Your forthcoming EP AshkeLon pays homage to time spent in Israel. It’s obviously a special place for you.  Any plans to revisit?

Rayland Baxter: I would love to go back the minute I have a few weeks and a couple thousand dollars hanging around. It’s a beautiful place. Maybe I’ll start a Kickstarter. Just kidding.

What’s your most vivid memory of your time there?

There are so many. Too many to list, all equally as vivid as the next.  Most highlights came from traveling around the country. It’s amazing how they grow produce there, tomatoes, pecans and grapes straight outta the sand with irrigation systems that are very efficient. The Dead Sea was intense, very hot and 115 degrees. Salt water like that is not so refreshing, but I jumped in head first. Not suggested. Tel Aviv is a young city with beautiful produce, open air markets all around, and the tastiest food I’ve ever had. Bright colors everywhere.

You cite your 69 Plymouth as an inspiration. Where did you snag it and what about it  specifically inspires you?

The Goose. That’s the car. I bought it from a used car dealership in Nashville run by a couple old dudes. Gave ‘em all the cash I had at the time and my old 91′ Jetta. Drove it off the lot. It’s been a great car dealing out daily inspiration as a ride that’s been around for 40 years. I drove it to California and back a couple years ago, no guarantees we were coming back with the car, but it made it. It’s a much better engine than people think. Slant 6’s last forever. I’ll have the car for as long as I’m alive, I hope.

Having grown up in Nashville, would you agree that there are some misconceptions about the music coming out of there? If so, set the record straight for folks.

You seem to be a go-with-the-flow kind of fella who allows life to unfurl in all of its glory in front of him.  What advice would you give to folks who might be afraid to embrace that kind of worldview, and consequently not follow their passion?

For now, I’ve lucked out getting to play music and write for a living. It works for now. Maybe when I’m forty, I’ll fall into something else, who knows. Life has been a strange journey thus far and I am into it, but I couldn’t begin to give anyone advice on it. Not me, no way.

Are you still sleeping on the porch of a house full of chickens, dogs, and other people when you aren’t on the road? If so, what’s the best and worst part of that kind of living?

No more chickens and no more back porch. I am moving into a house tomorrow.  It’s old and has a huge yard with big old trees. I’m happy about it. The spiders were beginning to be a bit much.

You tend to capitalize the letter “L” a lot, especially on Twitter.  Is there any significance to that?

The capital L thing, I swore I would never tell. It was handed down to me by my great grandfather. He used to work for the Russian spies. and told me it would bring me good luck if I stuck with it.

Who are you most excited to see and/or play with at this year’s Newport Folk Fest?

I’m excited to see Feist, Blake Mills and Steelism on the Nashville to Newport stage.