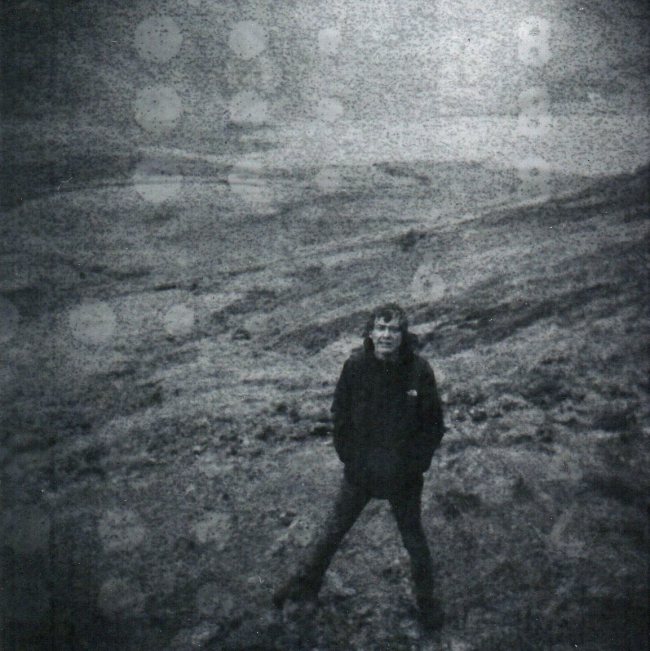 Glasgow -based Richard Youngs is a songwriting machine with more albums to his name than hairs on your head. Seriously, this guy is hands down one of the most prolific artists you might not know about.  Known for being elusive and playing very few shows, Youngs has shown up on more stages in recent years to the delight of his devoted following and just cranked out a profound collection of songs, Summer Through My Mind (Ba Da Bing Records). Don’t expect shiny-happy-sing-songness here, folks.  This guy has a pretty odd life lens that makes for some intriguing storytelling.

The Donkey swapped emails with the underground icon to get scoop on his first foray into something like country music and shamelessly requested a duet with John Cale during what’s sure to be a legendary night of music during this weekend’s Hopscotch festival in Raleigh, NC.  Never hurts to ask for what you really want. You can thank us later when this goes down.

Donkey Jaw: Summer Through My Mind comes out today. What are you most proud of on this album?

Richard Youngs: Its looseness. It is ragged, not metronomic. I like the feel. It’s about performing the music, not constructing it.

With a fair share of slide guitar and plucking, it’s being called a country record. Would you agree with that?

I don’t have a country bone in my body. I’m probably not the best person to ask. As I see it, country music is about telling stories and there is a story on The Story of Jhon. The title doesn’t lie! If I were to take anything musically from country it would be slide guitar – I love that stuff.

These songs came out of a story you wrote as an eight year child, one full of so-called bad people and dark spirits. Can you tell us more about the original work/story?

It’s dark and coming from somewhere I can’t remember being a part of my childhood. I didn’t suffer like Jhon does in the story.

How has your writing style changed over the courses of 40+ albums?

I get bored quickly. I always have. So, whenever I make music I’m really not keen on honing some particular way of going about it. I have always been excited by doing something new.

You’ve been at this for a good long while. What’s your biggest musical success and failure?

I don’t tend to dwell on things, you know sit back and admire my handiwork, and I think this is a form of musical success,  always wanting to move on to something new. Failure to me would be re-treading old ground.

You’ve collaborated with everyone from Jandek to Songs:Ohia. Given that you will share the bill with John Cale during Hopscotch, is there any chance we’ll see you two pair up for a song or two?

Lastly, the last No Fans release we saw was Library Assistants in 2012. Can we expect anything in the coming months?

There’s an album by the Flexibles. That’s me, my son Sorley, and Andrew Paine. If I could get the money together it’d be an ideal No Fans release. It’s weird stuff, like Jandek in dub meets early Cabaret Voltaire with Darth Vader singing. Who’s going to be a fan of that?!

Richard Youngs plays the Memorial Auditorium on Saturday, September 7 at 10:30 p.m. John Cale will close out the show at 12:00 a.m.