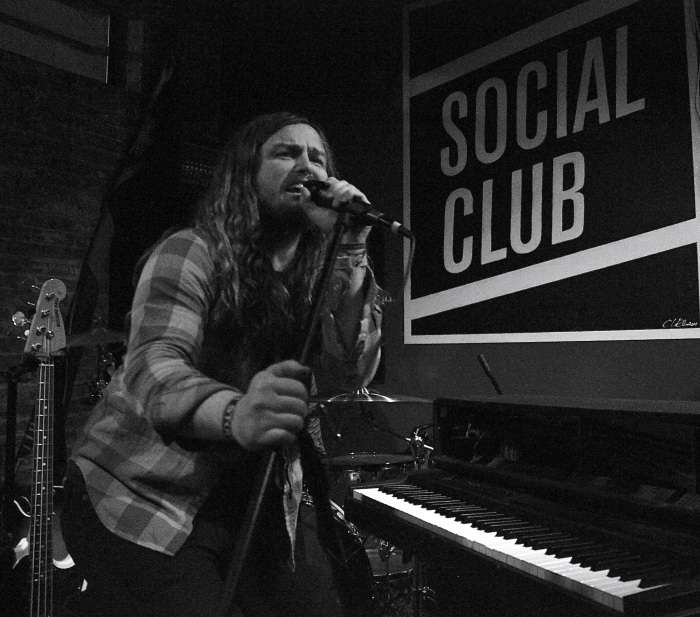 With over 100 performances in three days, Savannah Stopover proves bigger and better, but maintains the charm and intimacy that made you fall in love with it in the first place.  The Donkey takes a look back at the top reasons why Stopover is one of the country’s best music festivals to discover your next favorite band.

Before our team stepped foot in Savannah, we knew this year was going to knock our knickers off with another stellar lineup that snagged buzzworthies en route to SXSW as well as local standouts. Despite a downpour that moved their show indoors from Moon River Brewing Co. to the Knights of Columbus,  Alabama sextet St. Paul & The Broken Bones slayed a packed house with some tear-your-suit-in-the-ass, white boy soul (no kidding, front man Paul Janeway Knights of Columbus is the nerdy reincarnate of Otis Redding with the dance moves of Duckie from Pretty in Pink). The same energy surged through the weekend with outstanding shows. Silver Palms and Black Cadillacs shook Congress Street Social Club to the core before J. Roddy Walston & The Business lit it up with blazing keys and good ol’ southern rock n’ roll.  There was a noticeable presence of powerful female-fronted bands this year including the ever-amazing Hurray For The Riff Raff, Those Darlins, Starlight Girls, Speedy Ortiz, Bleeding Rainbow and Ex Hex featuring the legendary force that is Mary Timony (Sleater Kinney, Wild Flag, Helium, Autoclave).  An added bonus of Stopover is that unlike SXSW, there are fewer simultaneous shows which means fewer painful choices to make.  We raise our glasses to that.

Hurray For The Riff Raff, Photo by Hilary Langford

Joining awesome spaces like HangFire, The Jinx, and Congress Street Social Club were a handful of new venues to the lineup.  Rumored to be the oldest bar in the city with a liquor license dating back to 1790, Abe’s on Lincoln, served as an intimate spot for several shows. Once the skies cleared up and gave way to warm and sunny weather, Moon River Brewing Beer Garden was hands down the best place to see a show and sip on finely crafted, local beverages.

Easy on the Wallet

Let’s be honest, some of the big festivals (we’re looking at you SXSW, Coachella, Bonnaroo) have lost their minds when it comes to ticket prices.  Stopover keeps it real for those of us with a barely-there beer budget and hourly wages with affordable three-day passes for $75 and $125 for VIP which gets you real access to special shows, good eats and booze. To those fests who reward VIP pass holders with a shitty swag bag of stickers, granola bar and a pat on the back, please take note.

Who doesn’t love a little mystery, right?  In addition to the aforementioned solid lineup, the good Stopover folks announced a handful of day-of shows at The Artist’s Lounge, Abe’s on Lincoln, and other spots  (Ampersand) from acts like Christopher Paul Stelling and Spires.  Note for next year folks, make sure you follow Stopover on Twitter to get the skinny on secret shows as soon as details are made public.

As media monkeys, we are pretty much used to dealing with any old circus when it comes to festival accommodations.  At this point, we could probably do our jobs from a trashcan out back of a hotel that had just a smidge of an internet signal broadcasting that way.  That said, holy hospitality Stopover.  Thanks for being a festival that treats media folk and bands alike to a little corner of human kindness during what can be stressful days and sleepless nights.  The band/press lounge offered up nightly dinners, snacks to go, internet access, free beer (Lagunitas, son!), and a cushy sofa where folks could be interviewed. The whoopie cushion was a nice bonus. Kissy, kissy. We love you, Stopover.

The Hostess City of the South

Speaking of hospitality, you can’t mention the South without that word. Savannah, Georgia is one of the most scrumptious places in America.  You can spend the day scoping out perfectly fried chicken or stroll among the sprawling live oaks of Forsyth Park and numerous city squares. The sweet smell of sugar-coated confection wafts up from from candy shops down by the river and yes, you can take your booze to go.  It’s a  subtropical wonder that has long been adored by those wanting to savor a slice of the South.

Drenched in history, Savannah is also a vibrant town buzzing with creative energy thanks to the Savannah College of Art and Design (SCAD).  Pedi cabs zip past carriages and revamped shopping areas boasting tattoo shops, bars with impressive beverage programs, and food that isn’t always deep-fried.  It makes perfectly good sense that a killer music festival not only can exist, but thrive here. We could gush forever, folks.